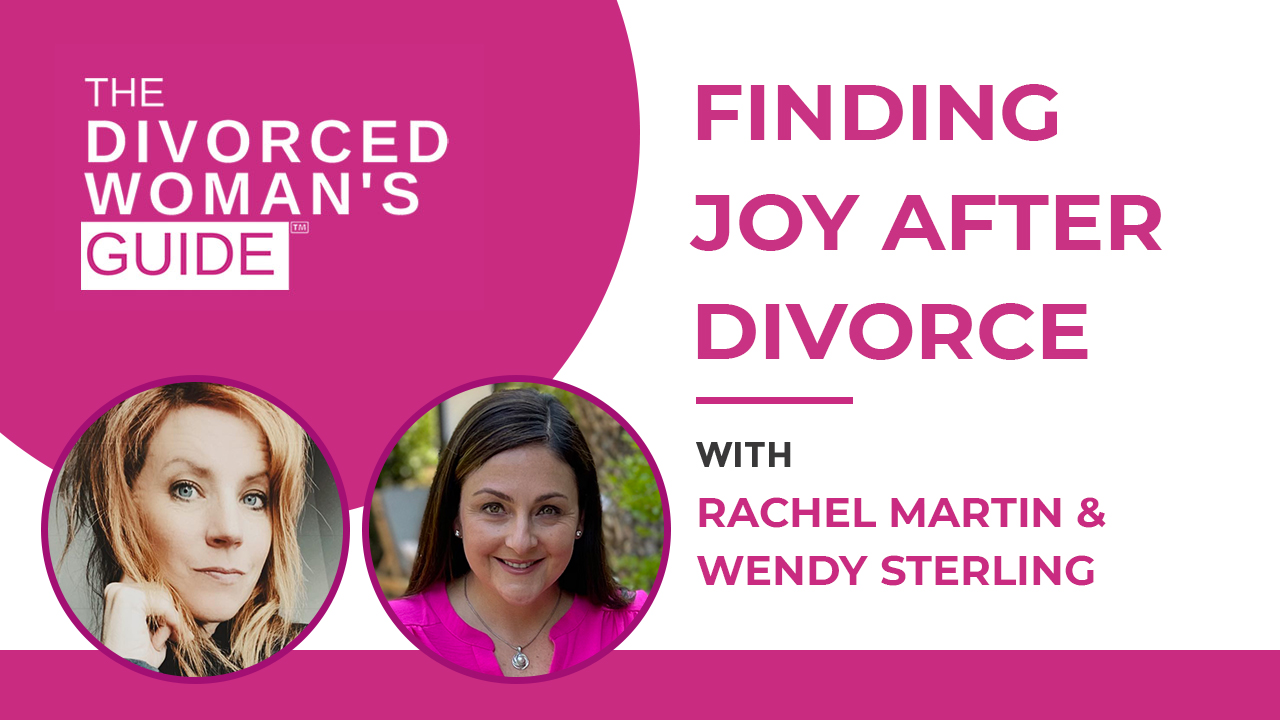 WATCH ON YOUTUBE
Author and mom of 7 Rachel Marie Martin shares her pivotal moments when faced with her life’s biggest trials. Divorce, financial troubles and illness in the family are only a few of what she went through. Join me in yet another insightful open-hearted discussion in this new episode of the Divorced Woman’s Guide —Finding Joy After Divorce with Rachel Martin.

Key Points in this Episode:

✔️ Meet Rachel Martin, the writer behind the site FindingJoy.net. Her articles have been translated into over 25 languages, and her site has helped so many people find their own joy.

✔️ Rachel shares the story of her first marriage, dealing with extreme financial issues and pretending to be strong, which in turn was a sort of emotional abuse. “When you live in the fog, you don’t really know that you’re in a fog. But during that time, I started a blog, started writing online, and in that writing, in the beginning, it was just kind of this outlet like, this is what we do every day and just sharing my life. And as time grew, I realized there’s this whole community of women and moms in this space of looking for community, looking for camaraderie.“

✔️ Blogging as an opportunity and a breakthrough. “I started to sell an ebook, that’s when I realized I could make money, it became an opportunity for me to see a pivot in my life. Did I know the beginning would lead to my divorce? No, but it became a solution for me because I was living in this financial despair. And by then, the site continued to grow so much that it became my full-time business, and I started a business with my now-husband, where we teach and train bloggers and podcasters and entrepreneurs how to go from being a hobby to a full-time income.”

✔️ The pivotal moment. “I was flirting dangerously with just becoming numb to life. Time was still passing by no matter what time was going to keep going, and I was either going to live with joy or live with bitterness because you can’t have a foot in both camps; I realized I was trying to do both, but I was starting to get more and more bitter. And that apathy part, I’d seen too many women that had just ended up resigned to life. And even though I had no money, I had no options. I didn’t know what to do. The drive to not live an apathetic life took root that day.”

✔️ In the beginning, be willing to not know. Rachel emphasizes how we forget that we are all lousy at the start. “I think that we all see the end of people’s success and forget to underscore the backstory. We celebrate the underdogs, yet we forget their years of practice in the beginning.”

✔️ One small thing every single day is 365 small things. Understand the value of constantly challenging yourself. Always ask what’s the next small thing you can do and have faith in the future. Put yourself out there. The worst somebody could say is “no”.

✔️Finding joy is looking for the good despite the circumstances. See what is good every day and know that there’s something worth being grateful for even if life is hard.

✔️ The best things in Rachel’s life wouldn’t have happened if she hadn’t checked that divorce box. Maybe it’s time for you, too, to recognize that divorce is just part of the story that helped you in those moments when you fell.

✔️  Instead of fighting grief or uncertainty, allow yourself to experience it. Those times when you’re down, give yourself some grace, sit in the emotion of the moment, and tomorrow — decide to stand up again.

✔️  Step through the muck and embrace the possibility of joy on the other side. Divorce isn’t an easy thing, but don’t let it define the potential of what you’re going to do and be in the future.

Rachel Martin believes in the power of the human spirit to overcome, thrive, and find deep joy, and because of that, she pours out her heart via these platforms: she is the writer behind the site FindingJoy.net and author of The Brave Art of Motherhood. Her articles have been translated into over 25 languages, her site reaches millions of visitors per month, and she has a robust, engaged Facebook community.

Her content has been featured in The Huffington Post, The Today Show, The Today Show Parents, Star Tribune, Tiny Buddha, iVillage, Stuff New Zealand, John Tesh, PopSugar, Motherly, Parents, What to Expect, Independent Journal Review, Dr. Greene, Power of Positivity, Her View From Home, CafeMom, and many more. She speaks worldwide, encouraging moms and entrepreneurs to live each day with purpose and drive. Beyond that, she’s a mom to seven and calls Nashville, Tennessee, her home.

Need an opportunity to share your pain points and receive judgment-free support? Want to create a vision of a future after your divorce? Click here to schedule your Free Divorce Recovery Call: https://calendly.com/wendysterling/support-call-with-wendy?month=2021-07 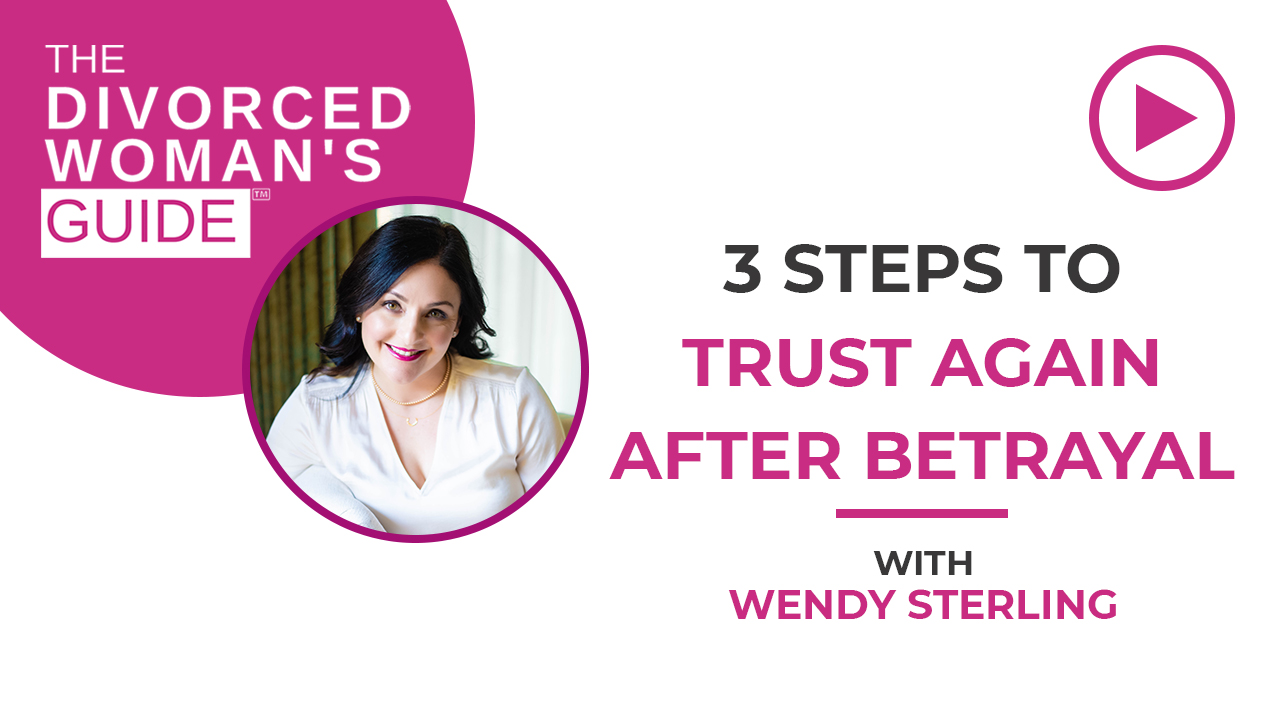 3 Steps To Trust Again After Betrayal

Going through an immense betrayal can be the most difficult thing to get over. In fact, it makes it hard for us to trust others again. Believe me. I know how it feels. My ex-husband cheated on me, and he was the last person I’d have ever thought to be capable of hurting me. It took me some time to realize that trust has to start within ourselves. 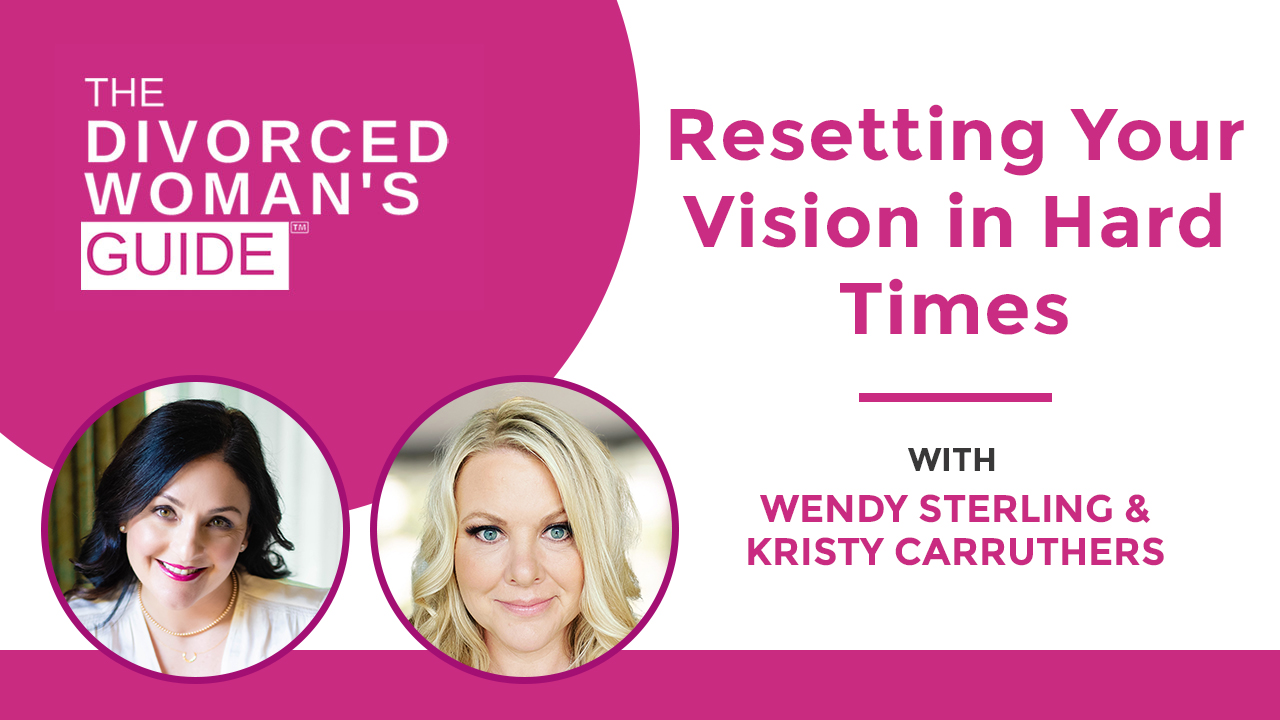 Resetting Your Vision in the Hard Times
with Kristy Carruthers

After her son was born, Kristy Carruthers had to sell off their clothing, jewelry, and belongings. She started interviewing for jobs at four weeks postpartum. After living on credit cards for a few months, she just hit the end of the rope and ended up having to sell the house to pay the credit card bills. That’s when the mind shift happened. I said to myself, ‘You know what? This can never happen again. This is not acceptable.'” 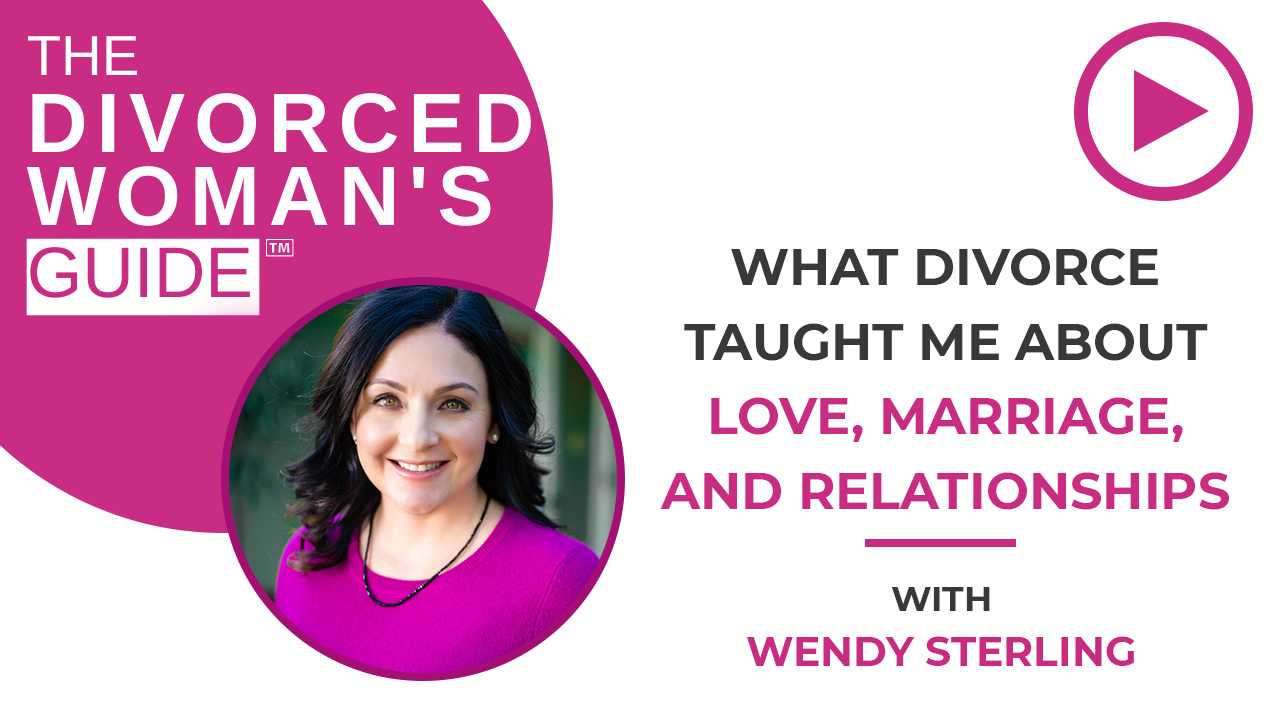 What Divorce Taught Me About Love, Marriage, and Relationships

When I was married, divorce was never on my mind.

It never occurred to me that it had to be something I should learn about.

Fast forward to today, it continues to be that gift that keeps on giving. It has taught me about myself more than I ever knew.

Even though I’ve undergone therapy, I still believe that what I’ve endured and experienced post-divorce unraveled five lessons that I never would’ve discovered on my own.